Learning Turkish and its grammar 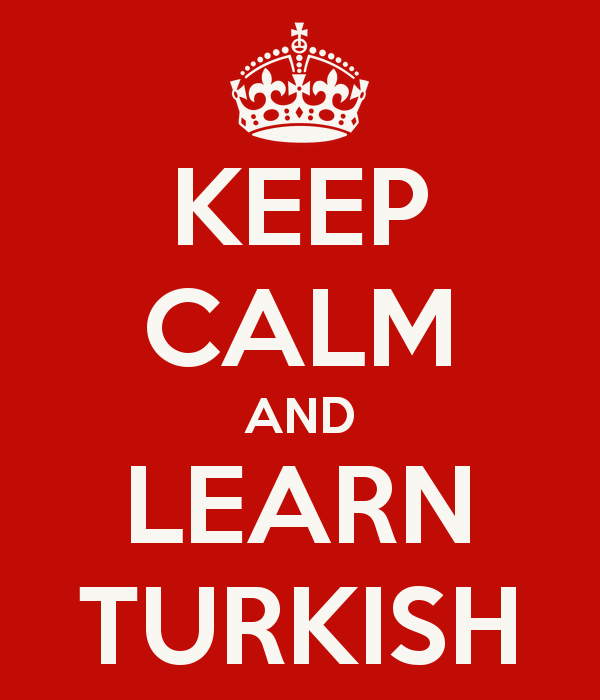 Today I will try to teach you learning Turkish!  Here, I left some examples about Turkish language and its grammar, enjoy it!

To do,to go,to walk,to get etc.. words in Turkish is like git-mek gel-mek, yürü-mek (includes -mek, mak etc at the end of the word.  Mak and mek which included contributed to say like “to do,to go,to get,to etc. etc..”   depends on the word’s pronounciation, gitmek = to go  and  olmak = to be  it changes to mak or mek because the word before it has pronounciation difference “)

In Turkish, when you need to use “to (anywhere)” then you have to put e,a,ye,ya at the end of the word. It must not be seperated after the word.  a,e,ye,ya are used to determine the target for like  where you’re going to or what address you’re sending to and they (a,e,ya,ye) are not stable and can change with other words, it depends on the pronounciation of the word.  If the word is  “iş”  you have to put “e” at the end to determine “to office”.   The word Okul doesn’t require “e” at the end because it’s pronounciation is a bit different. You can understand this logic later, you have to practice it..  It’s like countable and uncountable things in English , you have to guess e or a or ye or ya for it depends on it’s pronounciation 🙂

To determine for I’m “…ing”

Without the “um” word, it will sound like just “coming” (doesn’t specify about what’s coming); geliyor = coming, gidiyor = going , yürüyor = walking” but when you add the “um” word at the end then it specifies that “you are” coming,going,walking etc..

They’re ..ing – Those words “lar or ler (depends on the pronounciation)” at the end of -ing (yor) determines for they’re …ing (going,walking,coming etc..)

It’s ..ing  –  As you know that in English, they call each as she or he..  But this doesn’t apply in Turkish. In Turkish, there is only one word to call for (she/he/it) they only say “o” for she/he/it.

Turkish grammar may look so different and very difficult but don’t forget that,every language in this life has its own difficulty.. You can learn this language in a short time if you study it well of course..

How to make word in Turkish for i’m …(walk,run,fly..) ing

Selected word: Yürü (walk) now we will make this word for “I’m walking”

Simple past tense in Turkish – Did, Didn’t examples

You have to put “dım,din,dık,dik,dum,düm.. (depends on the pronounciation of the word front of it)” at the end of the word..

TV izledim = I watched TV   (izlemek = to watch, izle = watch when you say izledim then it means i did watch)

Past Continuous Tense in Turkish

O gidiyordu = it was going

TV izliyordum = I was watching TV

Geliyorlardı = they were coming (lar = they)

+Word Of +word examples in Turkish..

How to use At/In/On things in Turkish language

“da,de” depends on the pronounciation.

Saha = pitch, Sahada = on the pitch

But if you leave a space after the word like  masa da instead of masada example.. Then it will be like “also desk”

Onların sahası da var = they have their own pitch too

How to say her,his,it’s in Turkish

What’s the top comma in Turkish?

(this page will be updated by me as soon as possible..)